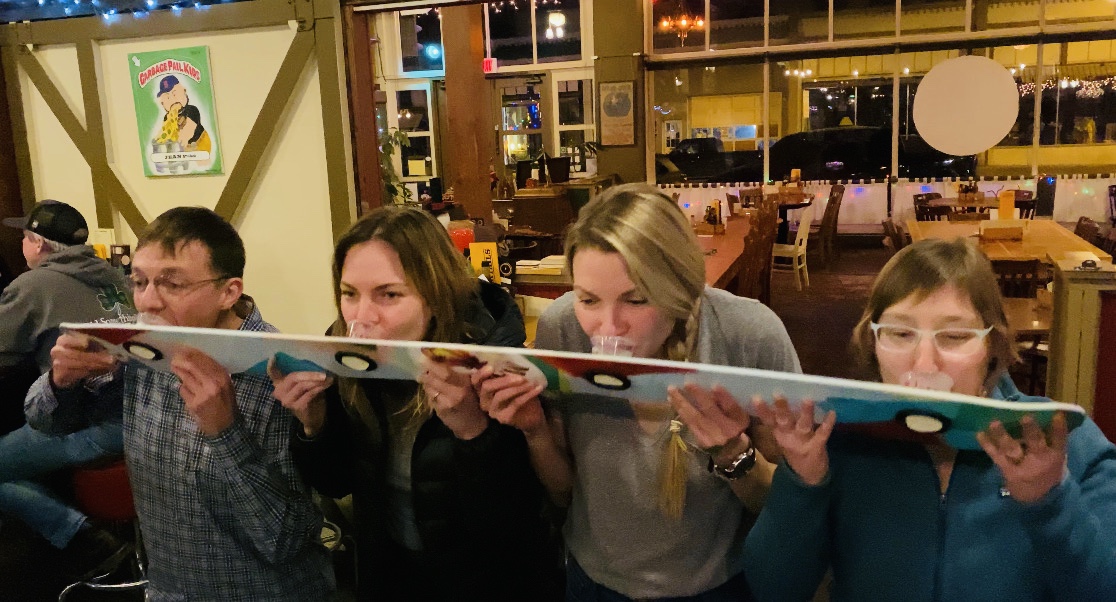 All three represent Pendleton in well-known ways. But little attention is directed at the actual town that bears its name. For starters, drop the “d” if you want to sound like a local.

This cowboy town has a past that’s distinctly Wild West in origin. Huge boot, saddle and hat shops line the faux boardwalk in Pendleton’s historic downtown. Portions of the Oregon Trail cut through the middle of the city.

Yet its future lies in the hands of small, local makers who care passionately about crafting an exceptional boot, cocktail and selection of vintage Levi’s. It’s this perfectly blended mix of old and new that Steph, Laurel and I hoped to find during a recent “escape from reality” weekend road trip.

The drive from Portland to Pendleton takes about three hours. We watched the landscape slowly shift from the lush greenery of a temperate rainforest to the pastel rolling hills of a high desert. The temperature dropped 20 degrees and actual signs of winter – ice, dormant plants, etc. – were present.

We rolled in after dark and had a little trouble finding our Airbnb, despite it being located on one of the main drags. The two-story brick building was unassuming from the outside and its front door was uncomfortably close to the sidewalk. But once inside, we discovered a Pendleton-themed dream.

Brightly patterned fabric covered every soft surface throughout the living room, bedrooms and bathrooms. The remaining décor was a tasteful assortment of animal racks, exposed brick and rodeo memorabilia. Meanwhile, an entire stairwell displayed rodeo queen photos ranging from the 1960’s through present day. We were either in the presence of greatness or an unhealthy obsession. Perhaps both?

Laurel and I volunteered to share a bed and give Steph some space since she was coming down with what would turn into a nasty case of laryngitis. Despite having known Laurel for only a week at the time, I announced I would be sleeping without pants on. She told me she snores. She didn’t utter a peep and I stuck to my side of the bed as we drifted off to the gentle rumble of late-night pick-up truck traffic just outside our window.

The sun was shining the next morning, so I decided to go for a run to speed sightsee and get my bearings. Pendleton’s business district lies in a valley flanked on either side by rolling hills lined with historic homes. Some are large, well-preserved Victorians. Others are modest single-story ranches. None appear to be newer than 100-years-old.

Our trio has some serious dietary restrictions to navigate, so finding a place for breakfast involved a few false starts. We eventually found our way to Buckin’ Bronco for lattes and breakfast burritos. Santa and Mrs. Claus were hanging out in the back-dining room greeting children, big and small. They insisted we get a group photo together. Steph is a child-sized adult, so we nominated her to be the one to sit on Santa’s lap.

Afterwards, we spent a few hours browsing the locally-owned shops and found really unique pieces, like Prison Blues, dried lavender and vintage Levi’s sourced from the east coast. We reserved most of our energy for the day’s main event: the Pendleton factory and outlet. Steph and Laurel dove headfirst into the endless stacks of blankets while I tried to mitigate a raging case of sensory overload.

Our next stop was a tour of the infamous Pendleton Underground. The city has a colorful history spanning various phases of Western settlement. An underground tunnel system was built and used for various purposes, including living quarters, a jail, speakeasys, opium dens and food storage.

Our guide was a zany woman in her mid-40’s who ended many of her sentences with the catchphrase, “CAN I GET A WITNESS?!” She kept the two-hour tour interesting with historical and personal stories related to a time when Pendleton was the entertainment district of Eastern Oregon. Read: rough men came here to drink, gamble and sleep with prostitutes.

After wandering underground for about 90 minutes, we went back up to street level and into one of the more famous brothels. Shockingly, Madame Stella Darby ran her Cozy Rooms bordello until 1967! She was such a badass they immortalized her likeness with a bronze statue on the street outside the front entrance.

Afterwards, it was time for some well-earned cocktails at the Oregon Grain Growers Brand Distillery. We made a stop at The Prodigal Son Brewery and Pub where I taught my friends and a few locals how to do a proper shot ski.

Our final stop was at the Old-West inspired Hamley Steakhouse & Saloon. We were enchanted by handcrafted woodwork, historic artifacts and getting to meet the Round Up Queen.

Pendleton’s annual Round Up is one of the largest rodeos in the country. Thousands of spectators and competitors flood the town each September, temporarily reverting it to its Wild West days.

These signs of life aren’t solely reserved for special occasions.

On the walk home, we encountered a large group of people gathered around a woman lying on the sidewalk. She had slipped on her high heels and her friends were trying to haul her back onto her feet. She was limp and laughing hysterically.

Pendleton may have cleaned up its act on the surface, but it’s remained true to its wild roots. 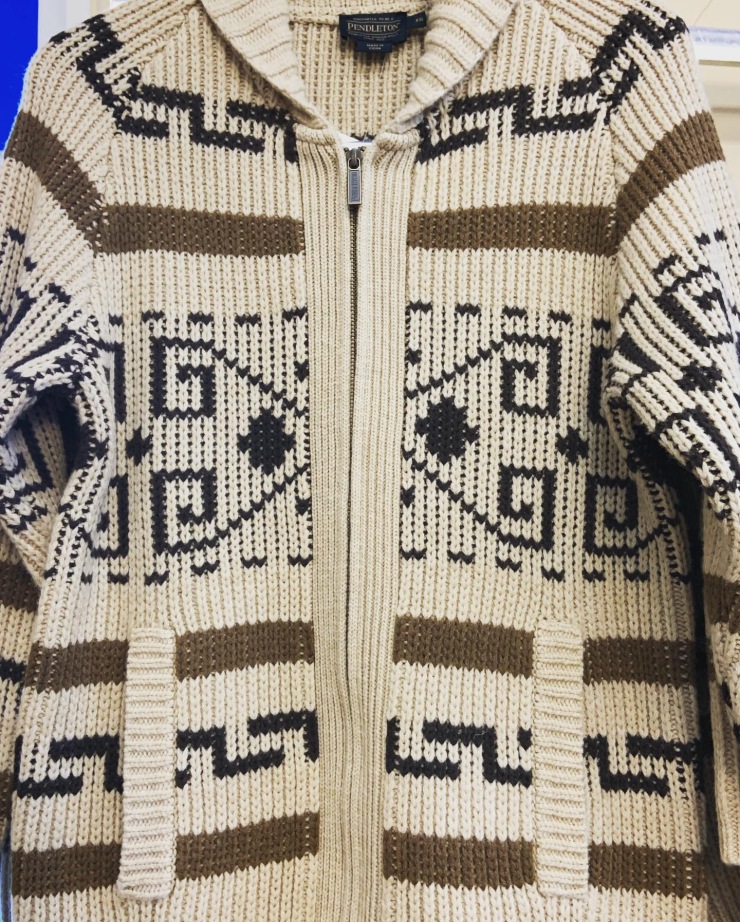 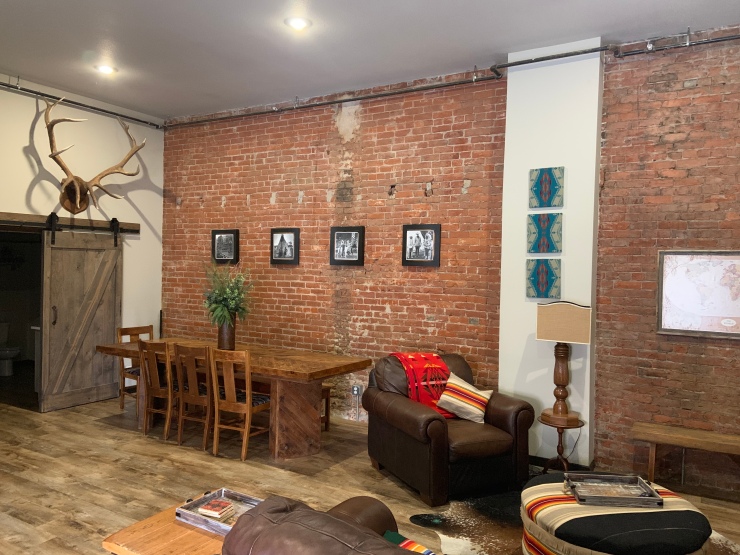 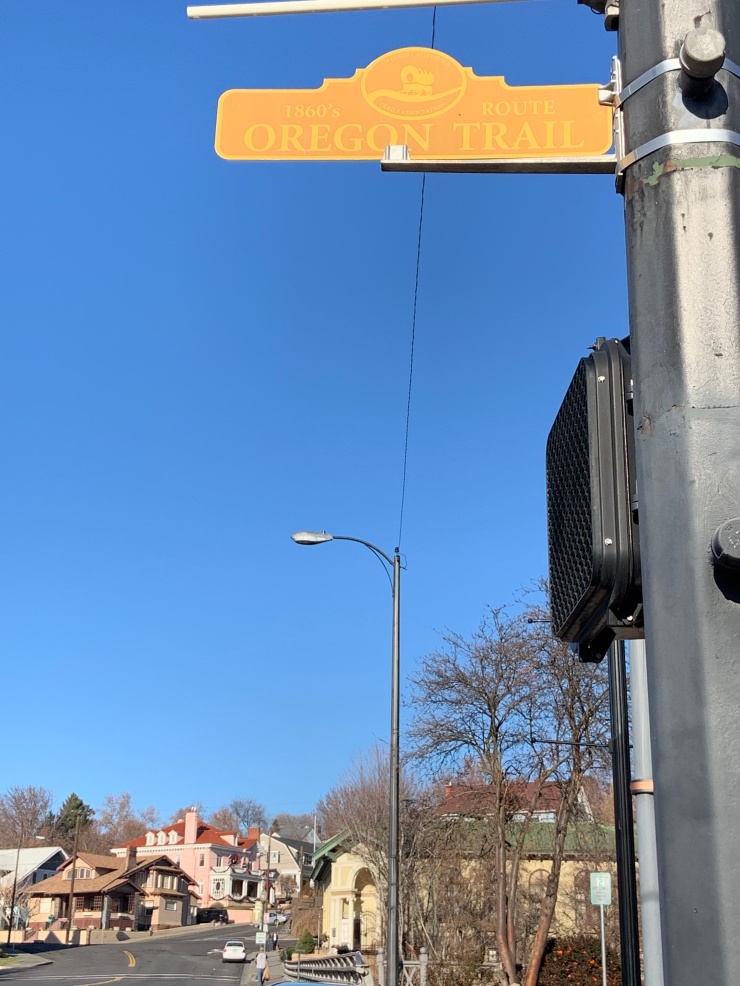 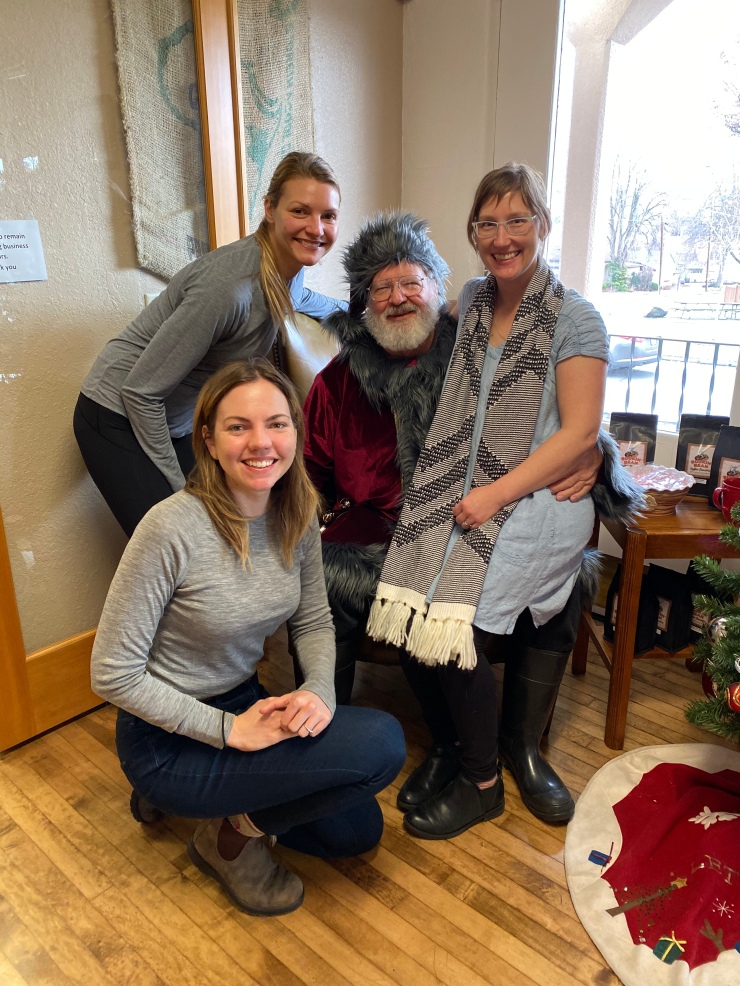 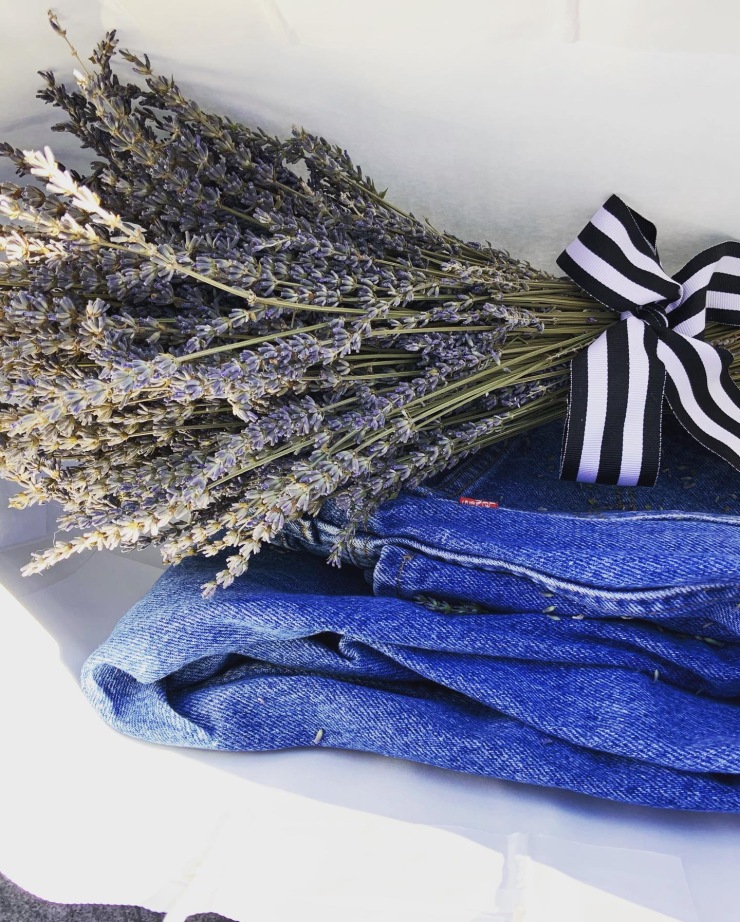 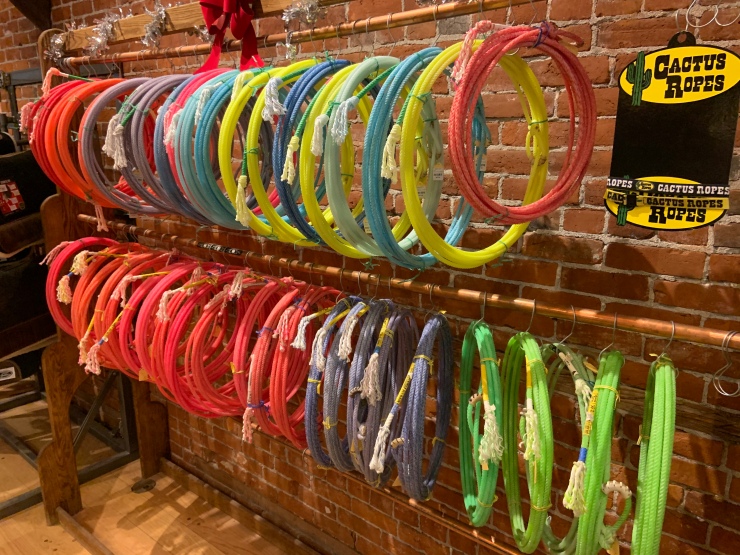 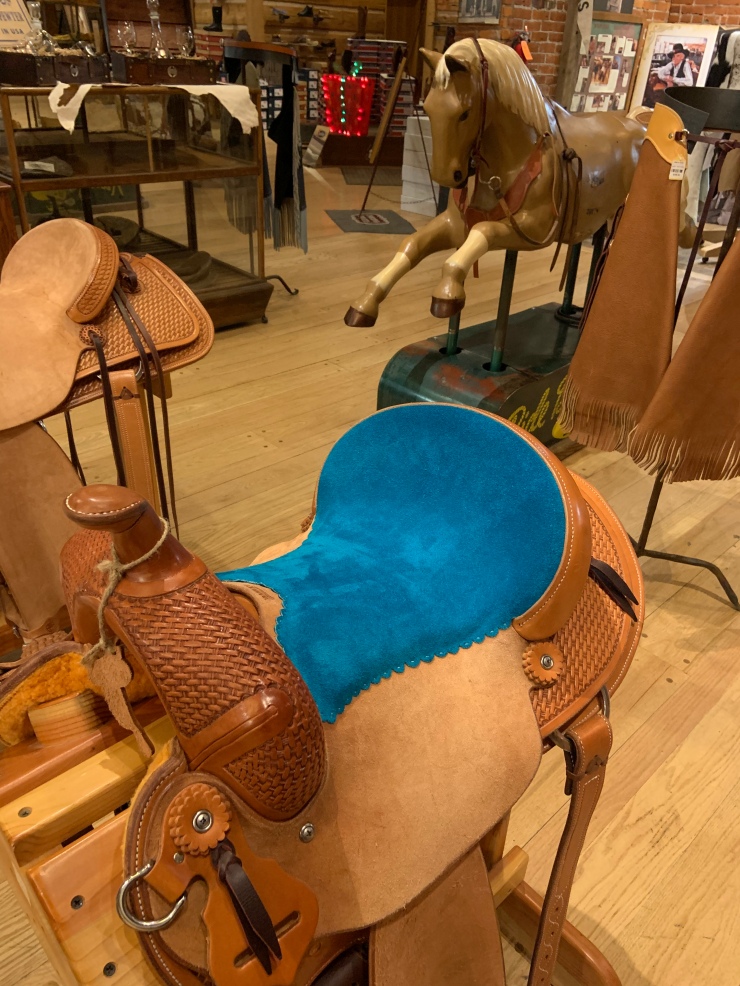 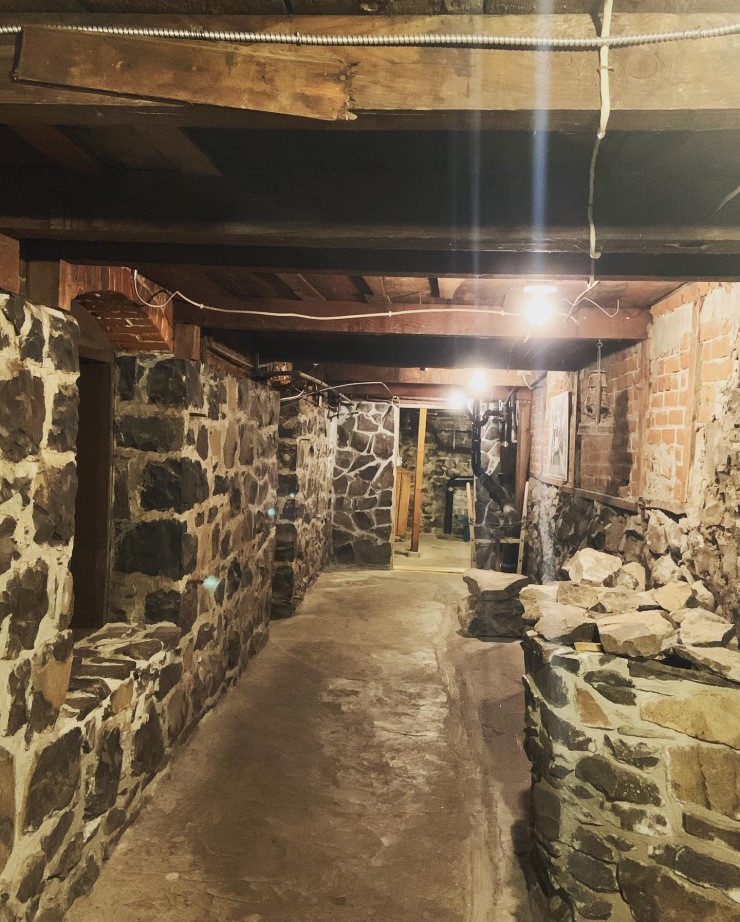 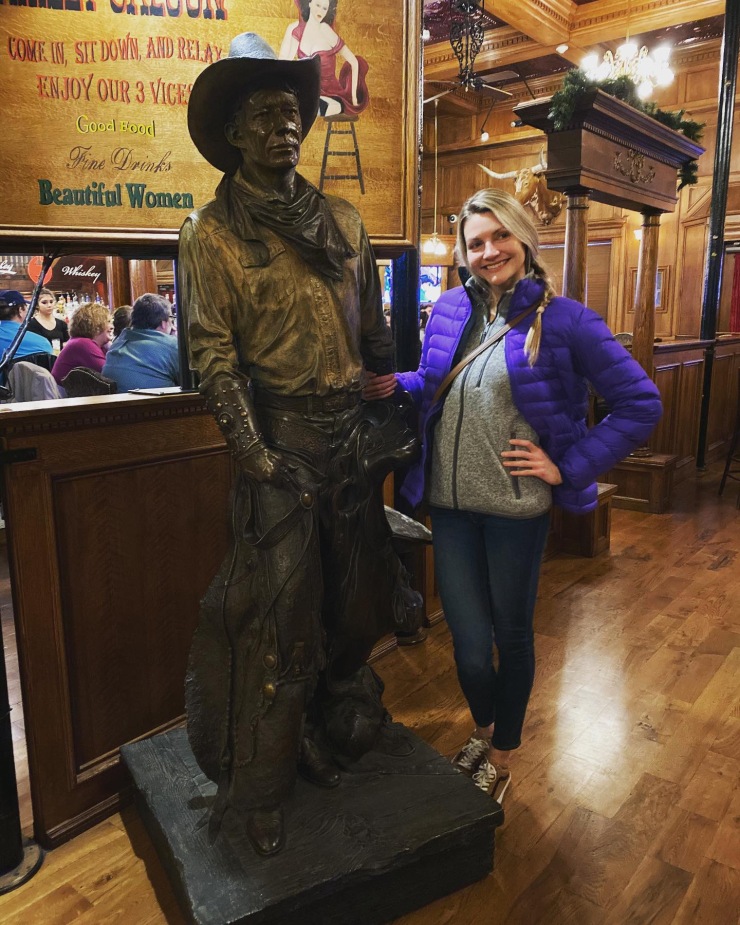 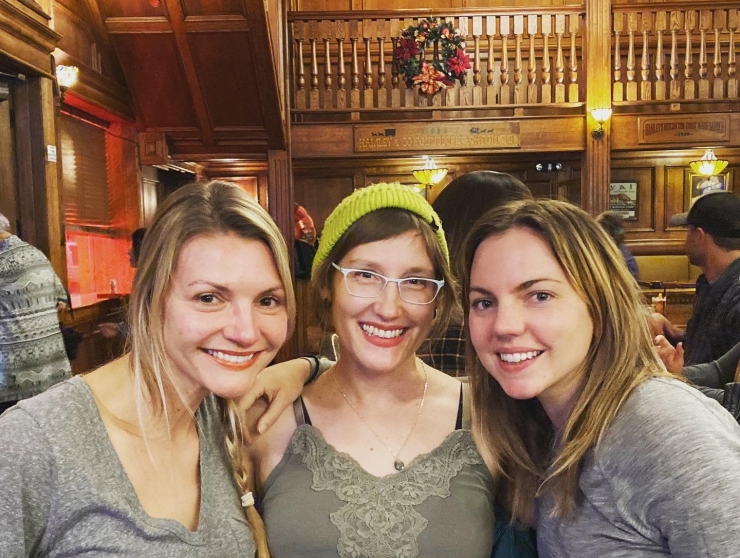