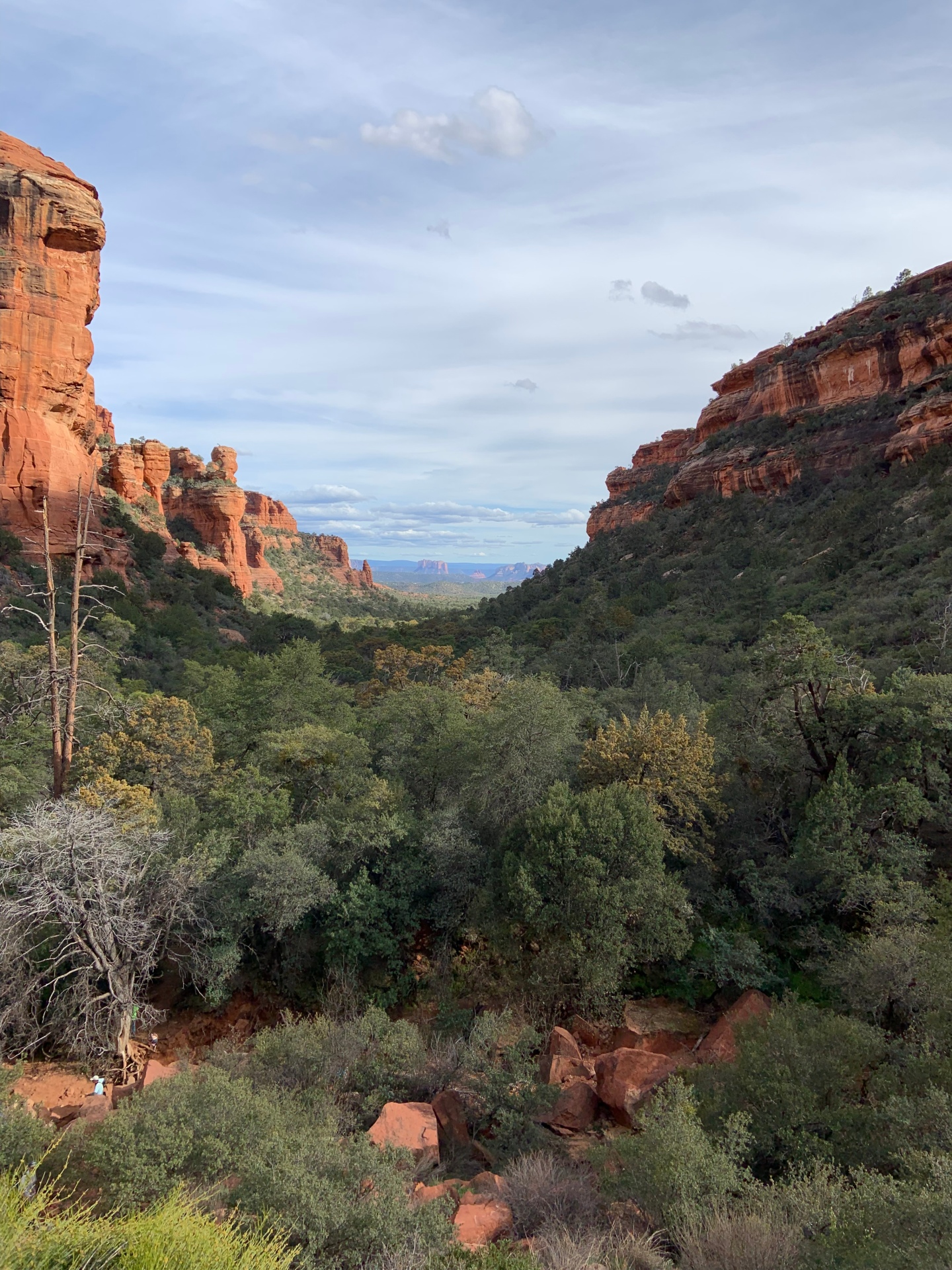 He’s exactly the type of person you expect to meet in Sedona, Arizona – land of the extreme free spirit. He’s had 20 years to shake off his “out east” (Illinois) upbringing and become one with the land and sky.

Luke and I were checking out Faye Canyon, a popular hiking trail outside the city. It’s an easy three-mile out-and-back UNLESS you encounter a knowledgable local who will take you off-trail.

We met Johnny almost immediately upon hitting the soft, red sand. He was tall and wire-thin, with plucks of gray hair sticking out from beneath his baseball cap. A prominent gap between his front teeth lent a youthful touch.

We passed him talking to someone else who must have shook him off. He found us not too long after and pointed out a cave carved high into the canyon wall. He told me there were pictographs in there, but wouldn’t say where exactly. I had to find them for myself.

Talk of the canyon seamlessly transitioned into talk about the spirits who occupy it. Johnny talked at length about the radiation of love, the flute he carries that he plays for reptiles and goodness and evil in the world. He doesn’t trust the government, organized religion or the contrails coming out of airplanes. But he does trust in the land and the innate goodness that lies in all human hearts.

I really liked his gentle spirit. I hoped he hand-picked us because he recognized in us a similar openness. Or maybe we were just polite enough to listen to him.

Johnny hikes here all the time and knows every corner. He told us there are 23 ruin sites in this corridor alone. “Want to go see some?”

Of course we did.

Johnny led us past the point where the trail ends and across some large boulders, down spur trails and into the trees. We zigged and zagged far away from the rest of the hikers. I had a fleeting moment of doubt following him into the unknown. What if Johnny is an excellent con man who knows how to dupe sunhat-wearing tourists? Would I be trailing him through the trees if I were alone?

Johnny was so light on his feet, he floated over rocks, up hills and under low-hanging branches. Luke and I stumbled behind, barely keeping up. We arrived at the base of a trickling waterfall, sweating and breathless. Johnny stood still making nary as sound.

He pointed to the rectangle of stacked bricks pressed up against the rock wall. An ancient basement. I walked through the narrow door and stood looking out over the expanse of the canyon. The view would have been spectacular for these early dwellers. Red rock and ancient pines framed in a perfect view of the valley (modern day Sedona).

Johnny opened the long, narrow leather pouch slung diagonally across his back and removed a carved flute. He played a tune that echoed off the walls in the most beautiful, primal sound I’ve ever heard.

“Rattlesnakes respond well to the vibrations of my flute. One uncoiled itself while I played.” He then went on to tell us a semi-dirty joke that has earned him the nickname, “Johnny Two Snakes Fucking.”

We tripped after Johnny to a second ruin. This one was a little more hidden and in nearly pristine condition. 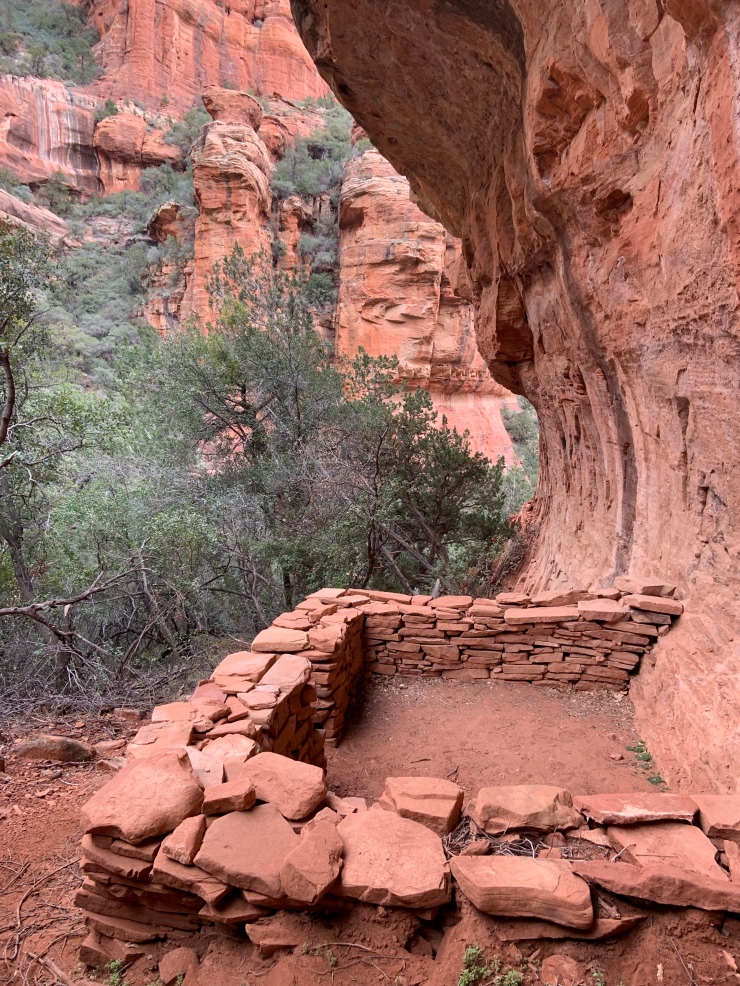 Johnny silently observed our moments of discovery. It was getting later in the day, so we decided to head back to the trail. The blue sky turned overcast, which Johnny explained was the result of poisonous contrails ordered by the government.

“They spray heavy metals into the atmosphere to keep the people down.”

He then moved onto to the lighter subject of the spirits bestowing gifts upon him. Arrowheads, painted pottery shards – he’s found a treasure of objects over the years.

At the end of the trail, he left us with a blessing of sorts. He placed his hand over this heart and said, Love is the greatest radiation on Earth.”

I’m a hugger so I opened my arms wide to him. “I’m a hugger, too,” he said, giving me a stiff embrace.

“Well, happy trails to you,” he said, flashing his boyish smile. “Come back and see us sometime.”