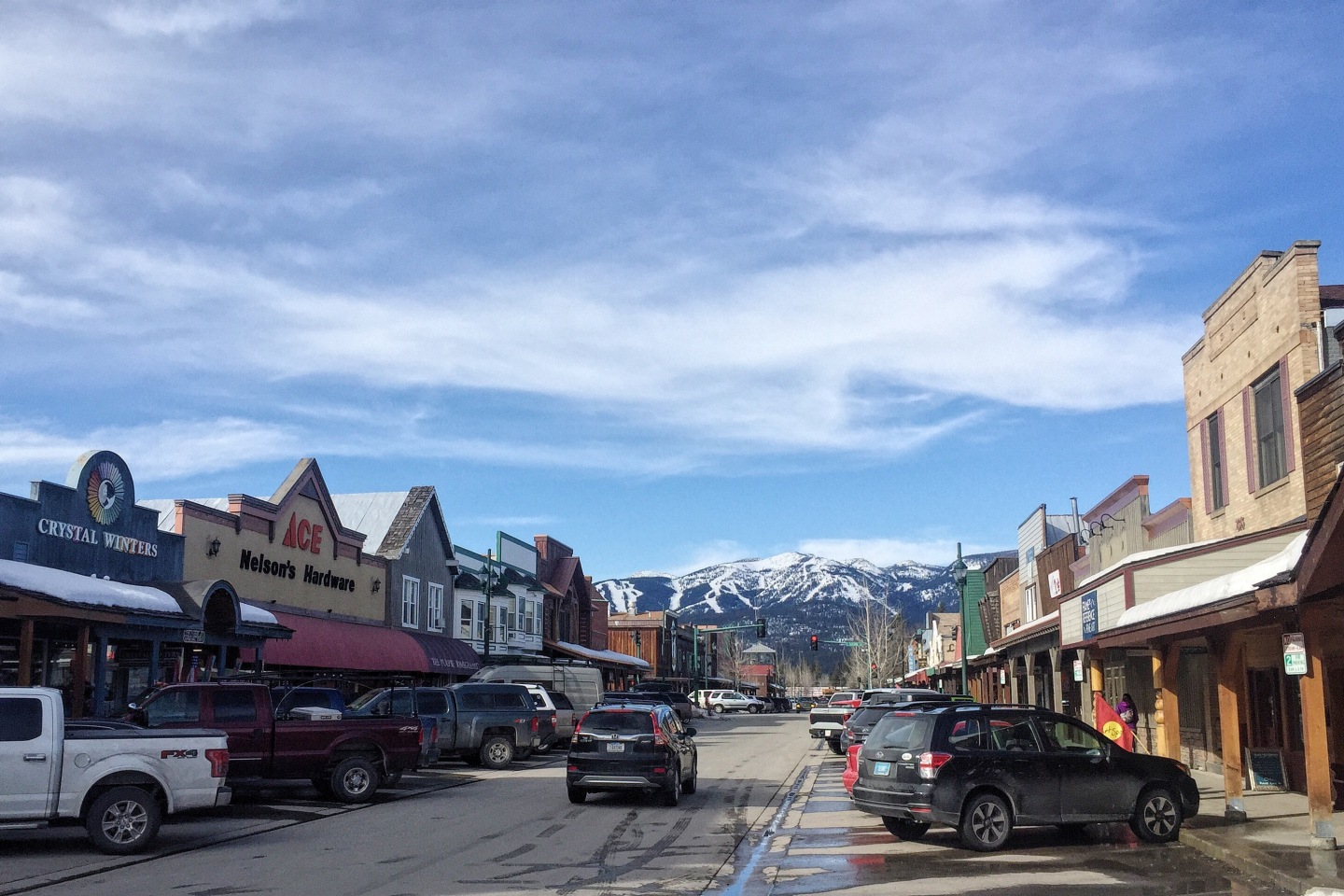 I opened the airplane’s window shade just in time to catch the last glimpse of Glacier National Park’s craggy, snow-capped peaks and plunging gray valleys. I deeply regretted not opening it sooner.

We began our descent into the wide expanse of the Flathead Valley. A sheet of silver reflected the mid-day sun in the distance. The grid of city streets was a strange addition to the landscape.

For this year’s annual ski trip, we decided to give Montana a try for two reasons: they’ve received record snowfall and the mountains tend to be far less crowded (and expensive) than the big Vail-owned resorts in Colorado and Utah.

Kalispell’s tiny airport reminded us of an alpine version of Belize City’s. It took mere minutes to deplane and locate our ski and boot bags. Nearby, stood our shuttle driver holding a whiteboard bearing my name. He wore a broad smile, a four-leaf clover tie and a huge belt buckle. It was St. Patty’s Day and teased us for not being more festive.

True to the west, nothing and no one is very formal out here, so I packed a few pairs of jeans, a couple of t-shirts and a Patagonia fleece into my ski bag. My only splurge was bringing an extra jacket so I wasn’t stuck wearing my pink ski parka around town.

“Welcome to Whitefish,” said our driver as we neared downtown – an old western-style village no more than a few blocks long by a few blocks wide. The local population sits at around 7,000 people, but it swells with national park traffic in the summertime. In mid-March, we pretty much had the place to ourselves, aside from the Canadians who came down from Calgary to party for the weekend.

Behind the postcard perfect downtown was Whitefish Mountain Resort, or “Big Mountain,” as the locals called it. Snowy white runs cut vertically through dark green trees and I tried to imagine myself making my way down something so steep.

“This is the pretty part of town,” he remarked. “The rest is just grocery stores and gas stations.”

I thought all of the buildings were pretty – gas stations included. They looked different from the architecture we had back home in the Midwest. Granted, different isn’t always good, but in this case, different was good. My heart is happy out west and I immediately felt myself coming down from the stress of the past few months.

This is the first trip I’ve taken since my Dad died in February. Getting out of familiar territory was a needed break from my sadness, which was just starting to settle in under my skin.

A wall of gray rock on the eastern edge of town marked the entrance to Glacier. We arrived at this very place via the Amtrak train five years ago to camp for a week in the park. Everything was bigger and more powerful than we were – the trails, the wildlife, the landscape, the weather. We got soaked with a cold rain on our first day and never fully dried out after.

I got a chill just by looking at it, even from the safety of town. It somehow managed to feel formidable even on a bright and sunny day.

But that’s the beauty of Montana. It will nurture your soul while kicking your ass. I was looking forward to getting a little rocked that week, because worrying about survival leaves little room for self-pity.