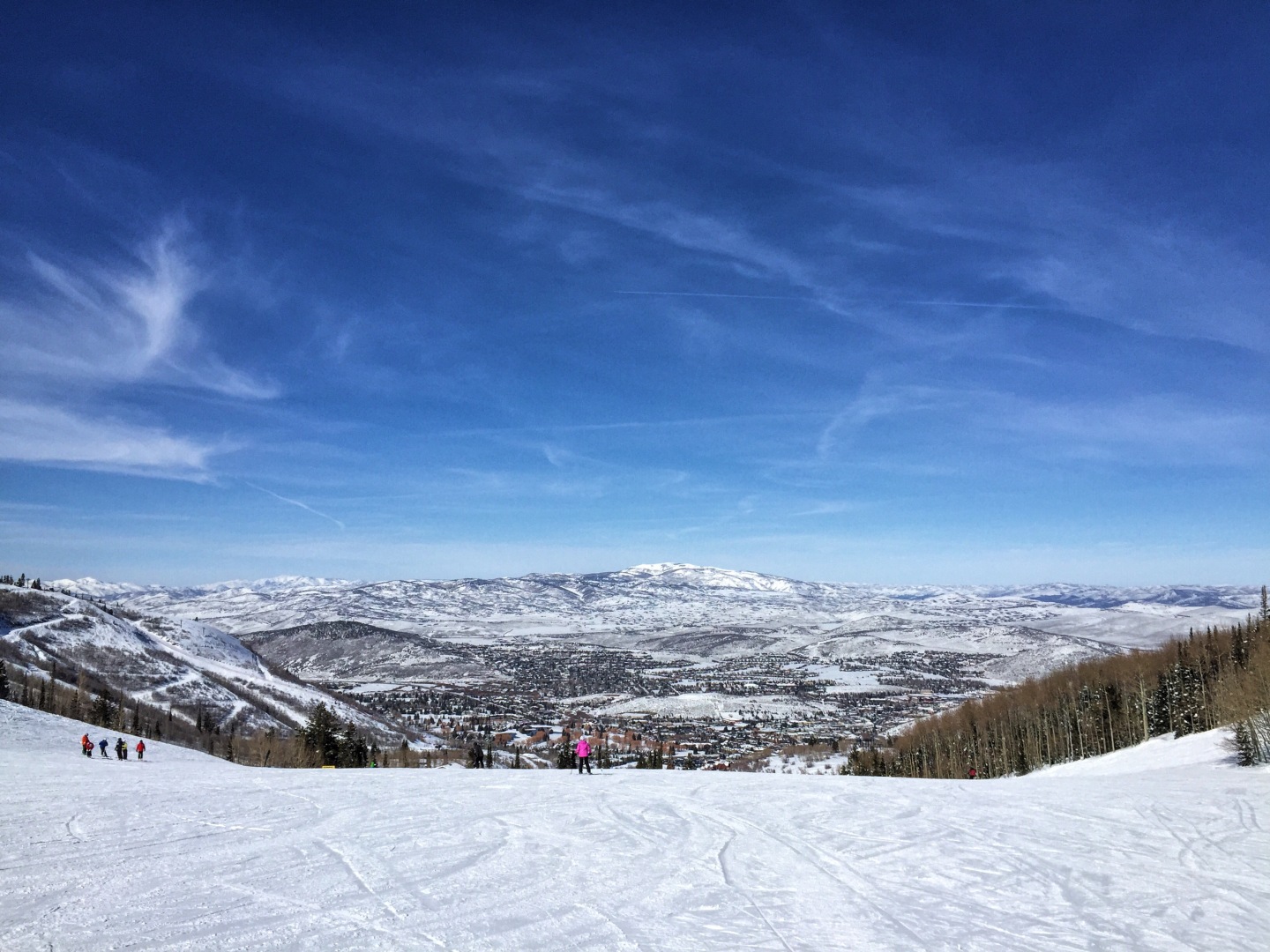 Let me be clear – I have zero need for speed.

I prefer to take things low and slow.

While this makes me an excellent distance runner, sports like skiing don’t come naturally. What does come naturally is drinking Moscow mules in the hot tub, so I’ve learned to adapt my ways and take up a sport that once terrified me and now kind of thrills me (but still manages to terrify me).

Luke started skiing as a tiny kid tethered to his father by a rope slung around his waist. He learned well before the panic button was inserted into his brain. I started about 10 years ago when our friends Mo and Uriah first invited us to join them on their annual spring ski trip. Back then, we went to Michigan’s Upper Peninsula where nothing was tall enough to get me into any serious trouble.

Gradually, our trips migrated west to Colorado where it’s a lot more difficult to fake it until making it to hot tub time.

My day of reckoning occurred in the back bowls of Vail. I followed friends into some challenging terrain and quickly found my ass stuck in the trees. My best option was to remove my skis and walk out in my boots. I sunk into three feet of snow with each step.

In short order, I was weeping, sweating and scared out of my mind. Luke, who was skiing backwards offering encouragement while I walked, asked if he should call the ski patrol to rescue me. The image of being dragged out on a sled made me laugh and helped shore up the courage I needed to ski my way out.

The following winter, I committed to learning the basics prior to our trip. I purchased a season pass to a local hill and asked Luke to coach me. Gradually, I learned how to control my speed, what to do with my arms and how to avoid slowing down the lift line. Once I was no longer a danger to myself, I focused on becoming less of a heat seeking missile to others.

Eventually, I became much more predictable by learning how to read the terrain and maintain a line. I even became comfortable carrying a certain amount of speed. Some days, I even resemble a real skier. However, I recently realized that my biggest problem, besides staying loose, is my tendency to default back to my old role as the wild card when I ski with anyone besides Luke.

Our annual spring ski trip took place a few weeks ago in Park City, Utah. It was the usual gang, plus our two friends Ross and Lindsey. The first few runs went well. I was in good spirits and hauling ass.

Then, we went down a steep, ungroomed run and everything went to hell. I started making silly mistakes and trailing far behind the others. I was the laggard of the pack. They waited for me at the bottom of runs, watched me perform panic stops and dodged me on the runs. My form and confidence were a mess.

The next day, Luke and I skied alone while the group took a rest day. My legs were a little wobbly at first, but things quickly improved and I was back to feeling confident and going fast. We had a ton of fun skiing tricky runs with no hesitation.

But on the third day, the gang was back at it and my confidence was once again low. Luke asked why I was holding myself back. I’ve played the timid skier role for so long, it was a natural place to revert back to when things got a little tough.

Mo, Ross and Uriah are more aggressive skiers than me and I didn’t want to get in their way. My fatal flaw is not wanting to inconvenience others. Luke basically told me to knock it off and focus on keeping my hips loose instead.

On our final day, I opted to postpone apres ski just long enough to join Luke and Mo on one more run. It was a long, continuous descent from the top of the mountain all the way to its base. Some sections were wide open and smooth, while others were icy, crowded and steep.

I felt scared and thrilled – in control and just on the verge of losing it. There were times when my form sucked and others when everything clicked into place.

“You looked good out there, ” said Mo at the bottom. I actually believed her.

It’s a challenge learning to do something new as an adult. I’m never going to be an aggressive skier. Nor will I ever be limber like the little kid skiers. But, I will be confident and in control of my situation. And at the end of the day, I will have earned those hot tub drinks alongside the best of them.

What more can I really ask for?