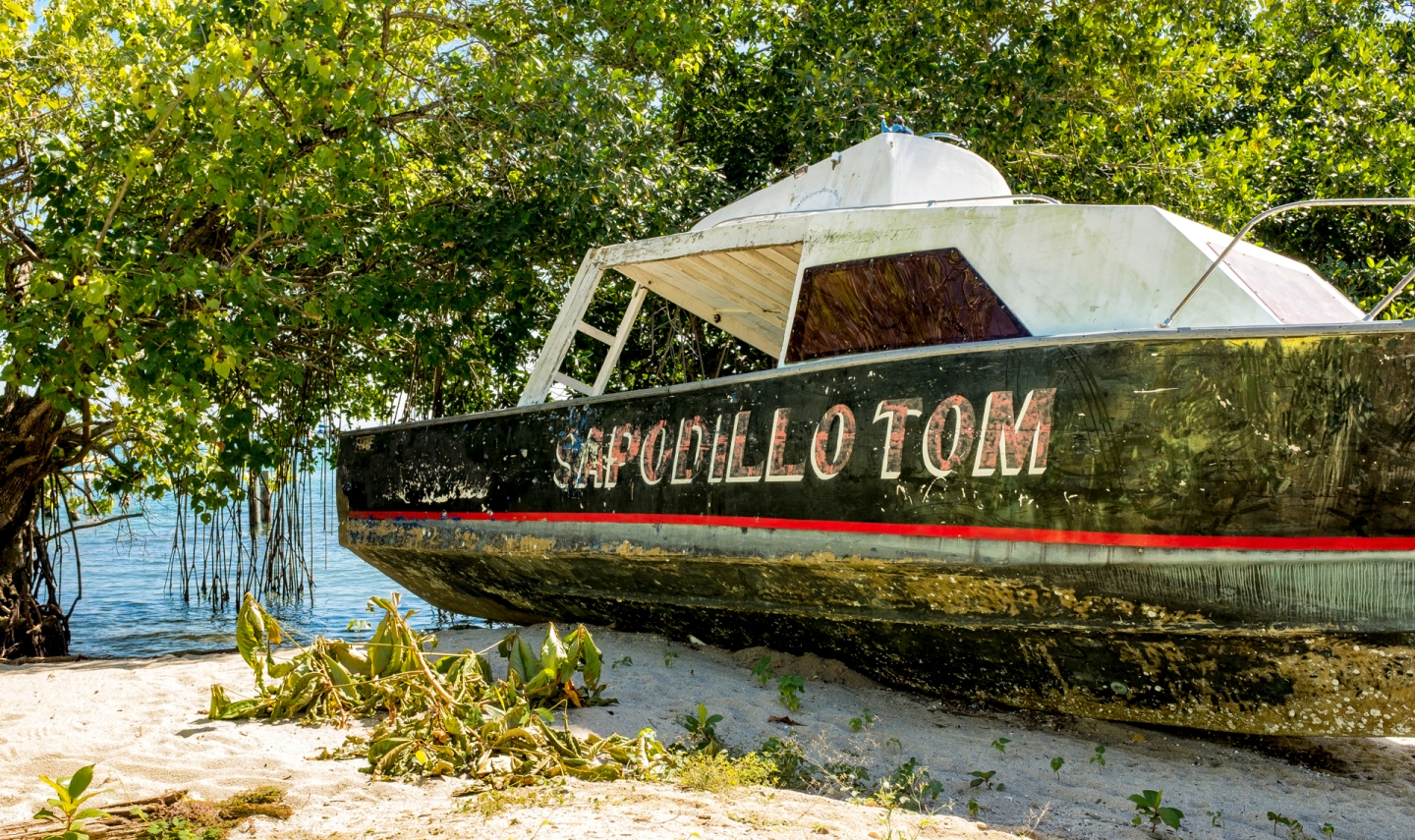 Peninsula life combines the laid-back attitude of island life with the conveniences and price tags associated with living on the mainland. Known as the “caye you can drive to,” Placencia Village is located on Belize’s Placencia Peninsula at the end of Placencia Road. See how easy they make it? That’s the embodiment of how life operates here. Why over-complicate matters when things can be quite simple?

Hot and humid climates tend to foster a slower pace of life and Placencia is no exception. Getting around is best achieved on foot, on bike, or, if you’re in a hurry, a golf cart. We visited in “high season,” yet, there were no crowds to contend with. There were no waits at even the most popular restaurants. There was no competition for lounge chairs or a place to lay our towels on the sand.

But we felt like we were missing something. Was life really this easy in Placencia or were we simply out of sync with its rhythm?

Once, we happened upon trivia night at the Pickled Parrot. The small bar was packed. After searching unsuccessfully for two open chairs, Eugene, the owner, caught us on our way out and asked us to come back in half an hour. Trivia would be over by then and the place would be empty. Instead, we walked to a bodega, purchased a six-pack of Belikin and drank it on the rooftop of our villa. We did return to the Parrot the next night – a Friday – and found Eugene and a few others sitting in a largely empty bar.

It took us a few days to catch on to the subtle cues indicating this was the normal pace of life in Placencia. Throughout our travels, we’ve only experienced larger beach towns like Playa del Carmen, where tourists are enticed by an endless selection of t-shirt shops and pulsing night clubs. Aside from its size, we did not expect Placencia to be any different.

Once we stopped searching for crowds and noise, we started noticing the deep level of personal attention people paid to each other.

Pedro, our bartender at the Green Parrot, introduced himself to us and shook our hands before taking our drink order.

Locals greeted us with a heartfelt “good night” each time we passed on the sidewalk.

Even the beach dogs were friendly and welcoming. One little guy joined me for an afternoon run, sticking by my side the entire time. We stopped to search the lagoon for manatees before he dropped me off at the back door of my resort.

I noticed the same little boy swimming in front of our resort two days in a row. He was initially shy, but opened up once engaged. I sat in shallow waves along the shoreline and watched him show-off his diving and swimming skills. His sisters waded over, introduced themselves, and performed a choreographed dance routine for me. Near sunset, he was perched on his belly next to me, talking non-stop in his singsong accent about school, his family and home in Placencia.

New friends seemed to pop up everywhere, much like Donald did at breakfast. We stopped by the aptly named, Friends Near the Pier for waffles late one morning. We chose a table next to a pale redheaded fellow in a Hawaiian-print shirt. He was reading from a tablet, his feet swinging beneath him. Once we ordered our coffee, he popped his head up and greeted us with a friendly and earnest, ‘HELLO!” We chatted casually and with ease about our lives.

Donald is an Alaskan who has been spending a month in Belize every year for the better part of a decade. His partner was attending a traditional Mayan wedding that morning, leaving Donald with nothing to do but sit and relax.

Donald paused the conversation to give us time to study the menu. Once our order was placed, he started telling us about an article he was reading regarding the pitfalls of “busyness.” He said most people come to Placencia for a short amount of time and feel compelled to cram every moment full of activity. They don’t allow themselves to simply “be.”

Later, Luke and I discussed whether or not we could handle living in Belize for a month.

“I think we would get restless,” said Luke.

Today’s run wasn’t my fastest time, but it was one of the best times I’ve ever had on the trail. It took me nearly two hours to run 8 miles through Forest Park. I stopped every quarter mile or so to look around and exclaim, “I can’t believe I live here!” and “I’m so lucky to live here!” Brilliant sunshine was bookended by rain and hail. If I ever find myself taking this beauty for granted, I’ll know I’m officially dead on the inside.
The light of a new day, year, decade.
A walk in the woods, in the middle of town. I’m going to run these trails as often as possible. Who wants to get dirty with me?
My Dad wore this exact wash of Levi’s.
My greatest memory from our Pendleton weekend was teaching @woods.es, @laurel.bybee and #❤️Martin a new skill. Fair warning: anyone who travels with me will likely have to do a shot ski at some point.
Pendleton, OR. @woods.es, @laurel.bybee and I drove three hours out of Portland and into a world filled with cowboys, rodeo queens, vintage Levi’s and recently vacated brothels. What a trip!