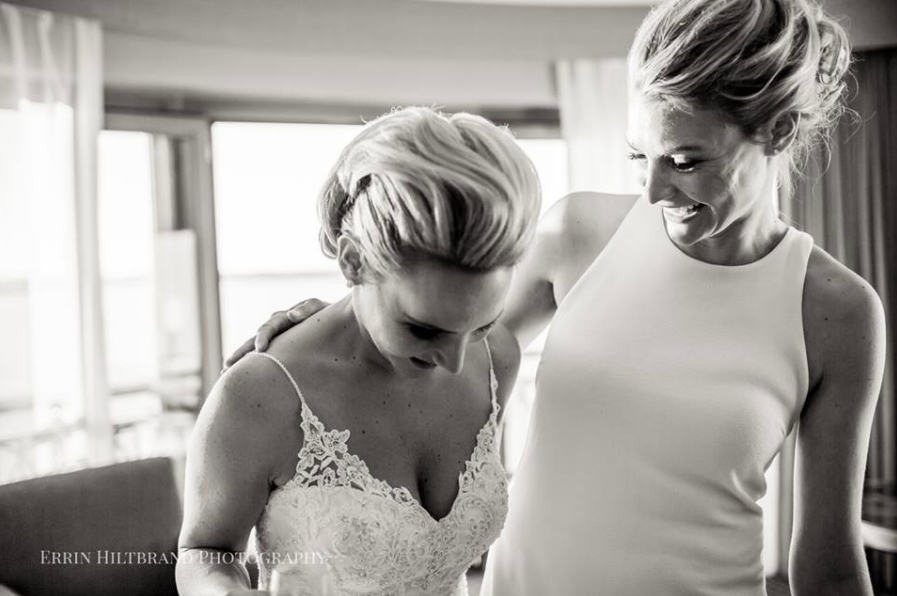 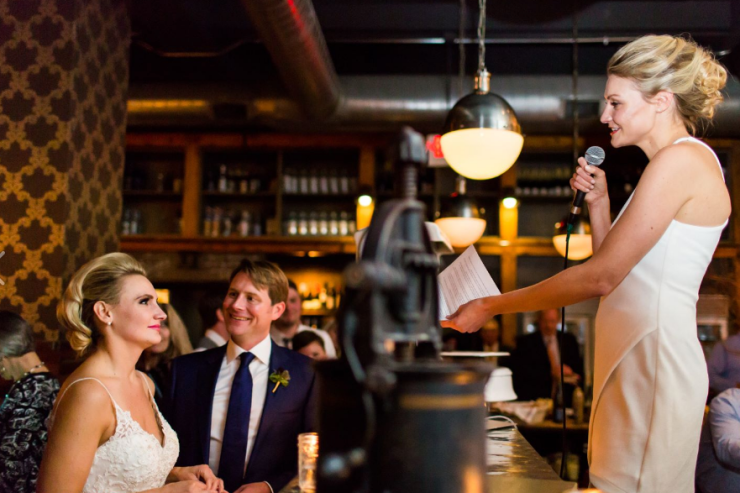 I wanted to be the funny one.

The best man always gets to be the funny one. His job is to save the audience from the maid of honor who lost her final remarks to choking sobs.

Not me. I wanted to be witty and sincere in my message to my only sister on her wedding day.

Kelly and Andy are an amazing couple. His incredible spirit brings out her wonderful heart. I wanted to mark the occasion with a speech that shows how much I love Kelly and how happy I am for her new life together with Andy.

I wrote this speech moments after Kelly asked me to be her maid of honor. I re-wrote it in my head during a long run a year later. I then spent about a week fine-tuning each word.

Pat, Andy’s brother and best man, was indeed the funny one. He had a big voice and props. My voice does not carry the same way, but my message came through loud and clear.

Kelly grew up to be a smart, beautiful, successful, independent and hilarious woman, but she will forever be the little girl who never left my side – the other half of me.

Also, I did not cry…. but I’m tempted to start. 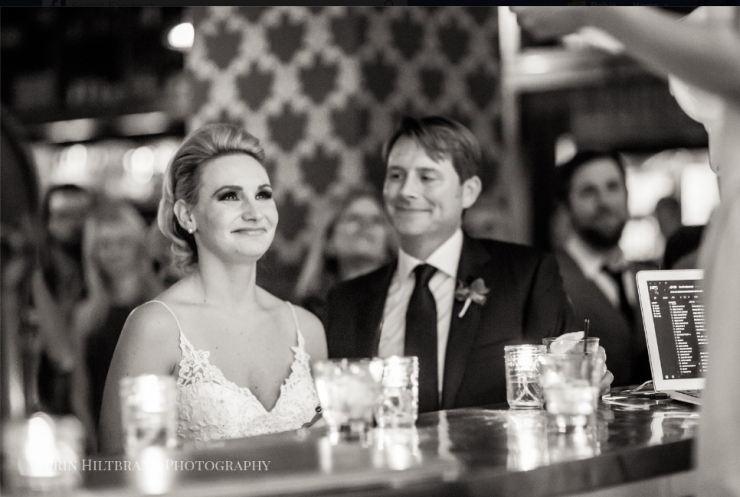 Tonight, Kelly starts a new chapter as “KR” instead of “KP.”

Her first nickname came from my Grandpa. He assigned names to each of us as children based on our most overwhelming characteristic. Kelly’s nickname was “Half Pint.”

You may have noticed Kelly comes from a family of giants. Most people would consider her a perfectly sized adult woman. But in our family, she’s four, maybe five inches shorter than the next in line (my Dad).

Kelly was really tiny as a kid and I was really tall. Whenever she felt a little skittish about something, she would cling to the outside of my leg. Understandable, considering my waist was eye level for her, so my leg was probably really relatable.

One day, mid-cling, Kelly looked up at me and declared that when she grows up, she is going to marry my leg. She was very specific that it was to be the right one and the right one only. She repeated this so often, it’s an ingrained memory of my childhood. To this day, when thinking specifically about my right leg and right leg only, I will recall that Kelly once laid claim to it and for a brief period of time, it belonged to her.

I now realize she was manifesting her love for me in a weird little kid way, but the story perfectly sums up the type of relationship Kelly and I have shared over our lifetimes.

We were inseparable growing up. We’re less than two years apart, so my earliest memories involve Kelly. Pushing her around the braided run in “tubby.” Lying in bed telling each other “funnies” when we were supposed to be sleeping. We’d make each other laugh so hard, Mom would repeatedly have to come in and tell us to be quiet and go to bed.

We went through the normal teenage drama sisters inflict upon each other. But behind all of the fighting over stolen eye lash curlers, was a deep and profound love for one another. The kind that only sisters share.

We both got our first jobs together at the grocery store where Mike and Missy worked. Shari, our manager, referred to us as “The Pfeifer girls” – a name that has stuck throughout the years. Many people in and outside of our family still don’t refer to us individually, but as a pair.

And that’s how it’s been. Throughout our tumultuous 20’s and into our much smoother 30’s, some things will never change. We are still two people with the same head and heart.

We have the same voice, speech pattern and mannerisms. We even have our own form of language. Without thinking, we do this thing with each other where we start talking really fast and replace actual words with laughter. It makes perfect sense to us, but no one else can understand a word we’re saying.

Just this summer, at our first of many Ragnar Relay events together, the two of us stayed up the entire night making each other laugh while the rest of our teammates were sleeping. Hanging out in that tent with you was my favorite part of the entire weekend.

Kelly doesn’t need to marry my right leg to be a part of my life. It’s clearly too late for that. She’s made a much more socially acceptable choice by marrying Andy.

My life is Kelly. And even though your name has now officially changed, we will forever be “The Pfeifer girls.”

So, I’d like to raise a toast, to family, friends, and a lifetime of love and “funnies.” 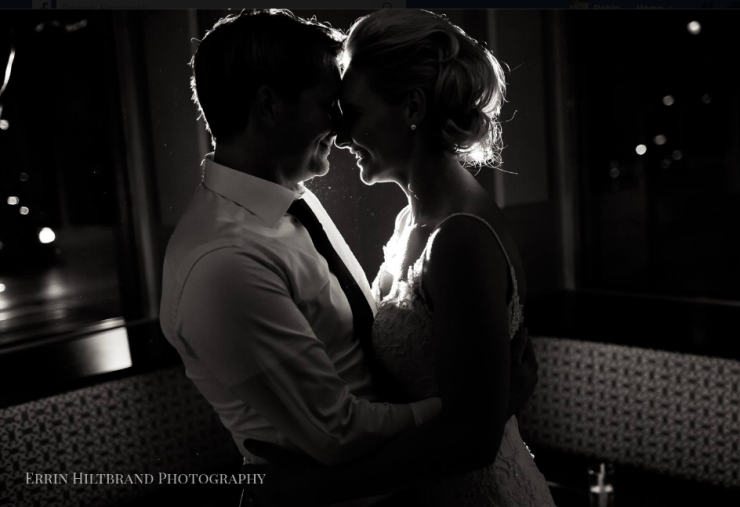