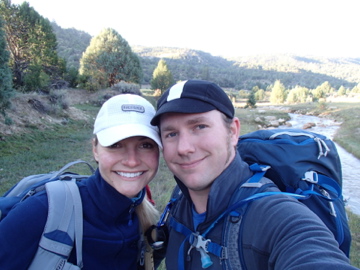 I used to spend summer afternoons sitting at my Grandparents’ dining room table looking at timeworn black and white photographs of a beautiful, young couple I vaguely recognized. My Grandparents loved to travel all over the United States. Their pictures place them at the rim of the Grand Canyon, in the woods of Michigan’s Upper Peninsula, and along a vintage Las Vegas strip. They continued to avidly travel their entire lives, but never opted to cross the border. I once asked my Grandma why they never went to places like Paris, London or Rome? Her response was,”Why leave when there’s so much to see here?”

This wisdom was lost on me as a restless teenager. Back then, my idea of travel only included foreign lands, people, food and languages. As soon as I was able to get myself on a plane, I was off to faraway lands without giving much thought to my native one. At one point, I had visited more countries than US states. It was years before I actively chose to travel domestically, thanks to Luke.

We were in our early 20’s when we first started traveling together. In order to be fair to all parties involved, we adopted a system of “I pick/ you pick / we pick” when selecting our destinations. When it was Luke’s turn, he picked a road trip from Minneapolis to Yellowstone National Park.

This was my first big road trip and my first big camping trip. While I was excited to try something new, I was also a little belligerent about it. I knew nothing about tents, sleeping bags or base layers and I quickly found out how expensive it is to sleep outside in relative comfort. I begrudgingly purchased a carload of gear I thought I’d never use again.

It’s not a stretch to say my life changed the moment we pointed the Jetta westward.

After seeing the Badlands, Devil’s Tower, the Bighorns, Yellowstone, Grand Teton, and Jackson Hole, something shifted inside of me. I loved sleeping outside and the way it made me feel both vulnerable and at home. Luke and I discovered a shared love for hiking and found out how empowering it is to earn a rare view. And how it’s the small things, like getting caught in a rainstorm, that teach us the biggest lessons.

Since that trip, we’ve ditched the old “I pick / you pick” system and have gone straight to “we pick” with Zion, Sedona, the Apostle Islands, Bahia Honda, Glacier, Muir Woods, the Lost Forty, Sleeping Bear Dunes, and most recently, Mammoth Cave and the Great Smoky Mountains. (Much more to come on those two soon.)

I can’t quite put my finger on why this travel suits Luke and I so well, but I think it has a lot to do with escape. We live in the city where order and rules prevail. Sure, there are a lot of interesting nooks and crannies to explore, but everything feels intentional. We are both very curious, restless people who like the idea of getting a little lost in places where societal rules don’t exist. When you learn to let go and roll with it, the greatest things tend to happen: listening to an elk bugle at midnight; getting herded by coyotes; sitting at the base of your own private waterfall; and completing a successful mountain pass in the dark.

“Terrible fun” is a term we’ve coined to succinctly sum up these kinds of trips. They are never really easy or relaxing. We tend to push our bodies hard in an effort to sooth our souls. And it works. The more we ache, the better we feel. It sharpens the tools that tend to rust inside our comfort zones. The value of preparedness tops the list, followed by the importance of self-sufficiency, paying attention to our instincts, and learning how to adapt to rapidly changing surroundings.

What I do know for certain is when I stare up into a gigantic night sky, out over an endless ocean, or down into the deeply forested valley from a mountaintop, I feel both insignificantly small and powerfully in-line with the world. Chasing this sensation will keep me exploring the natural wonders of my country for the remainder of my traveling years. Which is a good thing, because there’s just so much to see here.

Thanks Grandpa and Grandma. 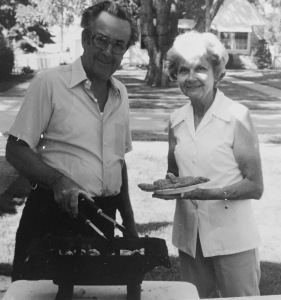